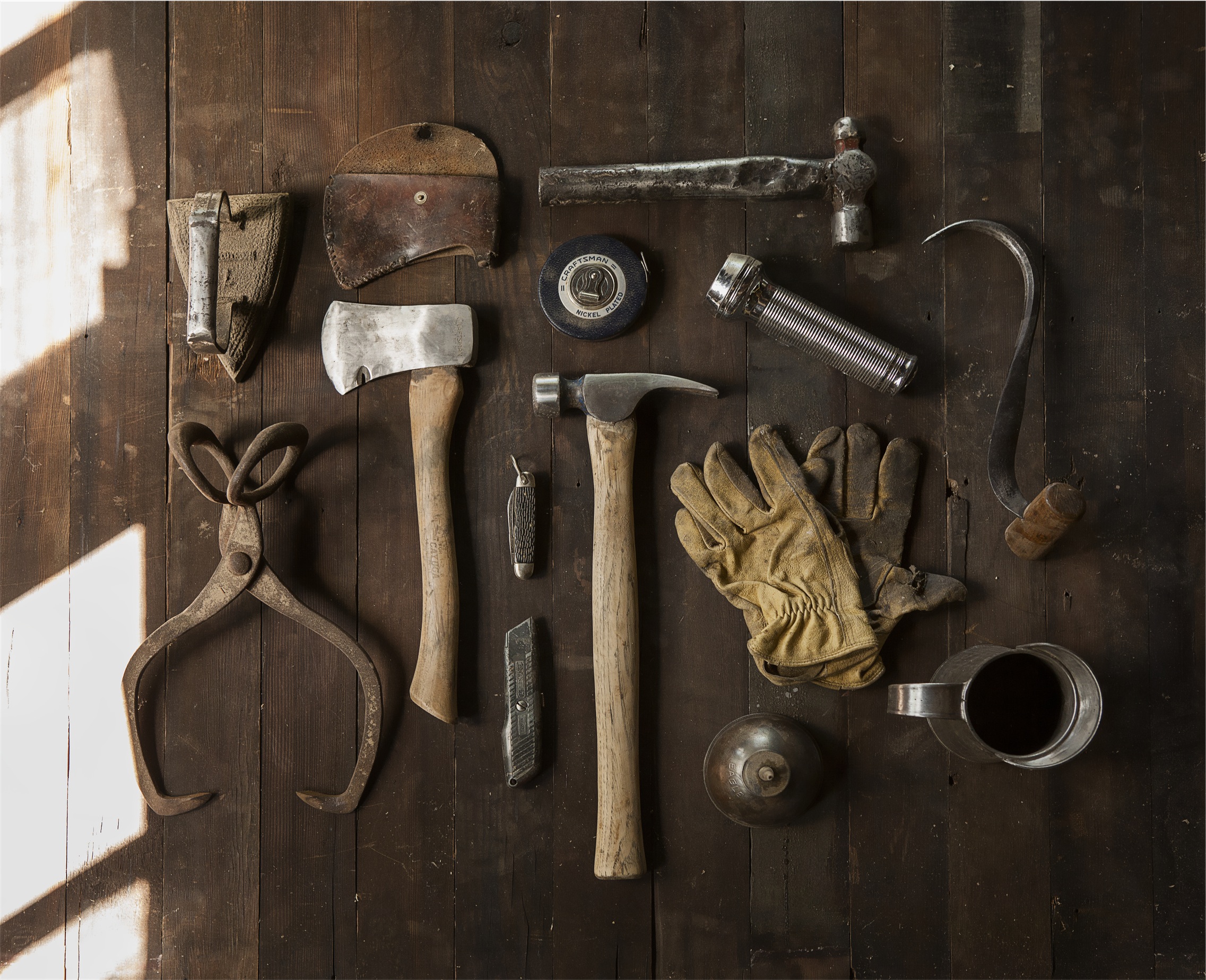 The past six months for me and my company have been the most difficult to date.  And this is including the first two or three years where we basically made just enough money to survive (that actually wasn’t that bad, surprisingly, and actually kind of fun).  But this time around, we were expecting to get paid at the end of a job when, basically, the rug was ripped out from under us.  Of course we fronted large amounts of money for labor and materials that we were now looking to finance because payment was not being made.  We pretty much had every asset in the company thrown into the project so there was nothing left.  I kinda felt like I came home from work one day and my house was burnt to the ground.  Seriously, I think it is the same feeling.

Now, six months after finishing the project, we still have not received the first of four pay applications that was due six months ago.  So even though things are not resolved, I am confident that we will eventually get paid.  This is mainly because I kept very accurate records and documentation throughout the project and made sure to get approvals in writing.  This attention to detail is paramount when trying to collect money because people tend to have amnesia when it involves payment and especially when it involves change orders.

So while we are still not resolved, I have learned a few things about dealing with non-payment and I figured I’d share a few of them so maybe you can do a little better then next time your figurative house burns down.

1.  Figure out what you’re dealing with

Situations are very different among different types of organizations.  My particular situation was a public entity, specifically a school district.  I know, it’s a shocker that a school district was difficult when it came time to make payment.  However, knowing how to deal with each particular type of organization is a huge bonus in figuring out how to navigate the situation.  Even though public entities are tough, they typically pay their bills – eventually.  Investment in municipalities (such as municipal bonds) are some of the safest investments out there because these organizations will rarely default (I guess Detroit is an outlier).

In the public world I had the luxury of going to board meetings and pleading my case – albeit on to deaf ears.  However, it at least gets you in front of the people who will eventually have to approve your payment.  I also know that the school district won’t dissolve all of a sudden or declare bankruptcy.

The private sector is much different where companies can go “poof” much more easily.  So, again, you need to know who you’re dealing with.  Is it a public entity, private entity, public-private partnership,  or one of those nebulous quasi-public outfits?  All of these organizations have quirks and avenues toward payment that will work best.

2.  Consider a Lawyer – But only consider

These situations get complicated at times, but at other times, they are very simple.  In my case, it was a clear cut situation of an owner not wanting to make a payment and coming up with erroneous reasons to do it.  Hiring a lawyer can totally blow your entire profit margin, to which you are entitled.  And don’t think you’ll get legal fees in a settlement – it just won’t happen.

Sometimes a lawyer will take a percentage of the money instead of an hourly fee, but this percentage will often be upwards of 30%.  So if an owner owes you 50% of a contract value, you probably owe about 80% of that money to subs and suppliers (if you’re a GC of course), so now you’re left with no money after you pay the lawyer.  In my case, the owner owed me 70% of the contract value, so paying a lawyer 30% would put me under water on the project.

You also have to realize that lawyers will make more money for dragging the process out longer.  I’m a believer that people in this country are so obsessed with money and short term profit that they will unintentionally and perhaps subconsciously steer the situation in a direction that makes them the most money.  So don’t be afraid to ask the lawyer what they are doing, why they are doing it, as well as suggesting alternatives.  Sometimes there is a much simpler solution and getting bogged down with all the legal mumbo jumbo can cause you to lose site of other less expensive alternatives.

In Pennsylvania, the law states that you cannot file a lien on a purely public entity.  However, when there is private sector and for profit activity going on at the facility, like weddings, night classes, motorcycle training, etc, the laws become very grey.    I’ve seen municipalities renovate apartments through a public grant and then rent them out on the private market.  These situations are difficult to understand, so my suggestion would be to file the lien and state why you think this is within the law to do so.  They will most likely file an objection and then a court will ultimately decide what the contractor is entitled to do, but in the meantime, you’ve shown them that you mean business.  Also, there is a timeline to file a mechanic’s lien.  In PA it’s six months from the last day you are on the project, and if this time expires, your lien rights are gone.

You could also make an argument, in the case of a public project, that they’re never going to sell the building (especially the school), so it doesn’t matter if you file a lien.  However, they don’t want a lien on their building.  It affects the credit worthiness of the organization and is just an overall annoyance, so if you can do it, do it.  But I would suggest having a lawyer for this.  There are ways to file a lien on your own, but you will have much more credibility if it’s filed by a lawyer.

4.  Consider Mediation – but again, only consider

I have not gone to mediation in my project (yet).  However, I have heard stories with varying degrees of success.  The contract will typically state if mediation is mandatory prior to filing a lawsuit or if the situation should go to binding arbitration or something like that.  But just because you are in mediation, doesn’t mean the owner needs to make any kind of reasonable effort at making a settlement.

Also keep in mind that you are going to have to pay your lawyer to sit through this excruciating debate and/or argument.  So my suggestion is to do an analysis of how much this whole thing will help.  I realize that it is impossible to know prior to doing it, but coming out of a mediation with no resolution but still owing a lawyer eight hours of fees is probably the worst case scenario.

They may be able to argue that interest on outstanding payment must be put in writing prior to the agreement being signed, and perhaps the contract even relieves both parties from finance charges on amount owed.  However, in my opinion, if the contract is breached by one party, then that should at a minimum relieve the other party from clauses such as this.  You may not end up getting the interest in the end, but it will at least throw a little gas on the fire and raise their eyebrows a bit.  If you show that you have the wherewithal to calculate the finance charges on outstanding balances, it could go a long way.  There is a good chance that you won’t get awarded the finance money at the end of the whole thing, but it will at least go into the pot of outstanding money and perhaps get you a higher settlement.

I honestly think this should be a last resort.  Once you file a lawsuit the owner will just wall up and hold on to the money for even longer which will ultimately benefit them in the short term and just keep you financing the project for longer.  Plus, the cost of preparing a case and going to court is tremendous.  It is important to know exactly how long you have to file a lawsuit in your particular situation.  This is probably the most critical piece of information that a lawyer will give you.  Obviously, having that time expire is the worst case scenario.  I think Pennsylvania says that I have two years from the time I filed the mechanic’s lien to make a complaint in a court.  But there is also a statute of limitations on the project of about 7-10 years, so really, I don’t know which one applies.  But it is very important to have this information confirmed by a lawyer.

We have to remember that organizations behave in strange ways, especially large ones, and public entities are even more difficult to deal with.  The job I am referring to is a public project so I had to weave my way through the bureaucracy of that whole situation before I could get anywhere.  And trust me, it is tremendously frustrating.  They block you out of every possible route to authority and yes, I wanted to freak out.  I kind of did freak out, but not to anybody on the side of the ownership.  You have to be careful of doing things that could be considered slander, libel, or some other kind of malicious behavior.  Things like this are only going to make the situation worse and could put you in legal trouble as well.  Every time I’ve mouthed off to an owner that was pushing me around, it didn’t work out well and just created increased animosity and tension for the rest of the project.

So play it cool.  This country is supposed to be relatively fair with a legal system that at least tries to keep it that way.  If you’re owed the money, you’ll probably get it….probably.

Seven Things to Do When an Owner Doesn’t Pay